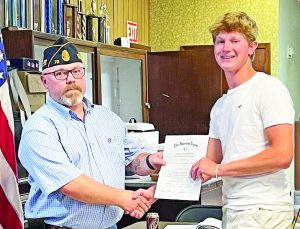 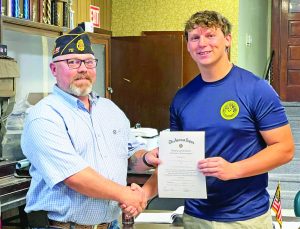 The Pierce American Legion Tomek Otto Post 72 recently recognized the commitment of two 2021 Pierce High Seniors for their enlistment in the United States Armed Services. Tanner Kuper has enlisted in the United States Navy and Chaden Roth has enlisted in the United States Air National Guard. The two were honored at the July 12, Pierce American Legion meeting and received Certificates of Commendation from Commander Jake Jensen for their commitment to serve in the Armed Forces.
Tanner Kuper
Tanner Kuper (bottom photo) enlisted on May 28, in the U.S. Navy. Kuper said, enlistment was a great experience. I went down to Omaha, the night before and took my confirmation ASVAB test, scoring 99 on the test. After a good night’s sleep, the next morning started at 4:30 a.m. with breakfast. The enlistees next travelled to MEPS (Military Entrance Processing Station).
The enlistees were briefed on how the day would go. Kuper said, “We were then shipped off to medical.” After medical the enlistees met with their respective branch. Navy personnel sat down with Kuper and went over all the information and his options. He said, “I signed up for the Nuclear program.” And then it was time to take the oath. It was an honor to swear in. I felt priveleged to follow in the footsteps of not just my family, but of all those who have served before me.
Tanner is the son of Jenifer Fanning and Robb Kuper.
Chaden Roth
Chaden Roth has enlisted with the Air National Guard. He will be an Administrator in the Mission Support Group based out of Lincoln. Roth will leave for BMT in September, at Lackland Air Force Base in San Antonio, Texas, for eight weeks. Following BMT graduation, he will attend Technical Training at Keesler Air Force Base in Biloxi, Mississippi, for an additional eight weeks. Roth enlisted for eight years of service.
Chaden is the son of Tyler and Stefanie Roth. 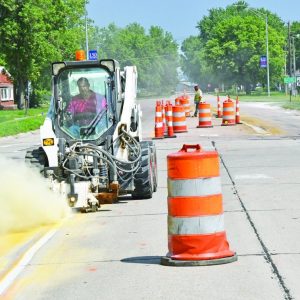 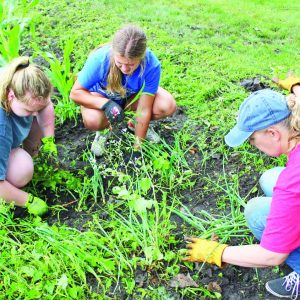 Hands For Christ On A Mission 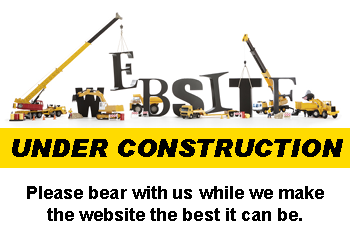